The 'New Castle' which has given the town its name, had been built on the banks of the River Teifi by the 1250s by Mareudydd ap Rhys, a prince of Deheubarth. Established as a timber and earth fort in the middle of the 13th century and developed into a coherent stone castle certainly by 1287 and leftin ruins by the civil war of the 1640's, the 'new castle' of Emlyn had an eventful history.
History suggests King Henry III ordered the existing territory of the 'cantref' of Emlyn be divided and the lands east of the River Cych be given to Mareudydd-Rhys Gryg. 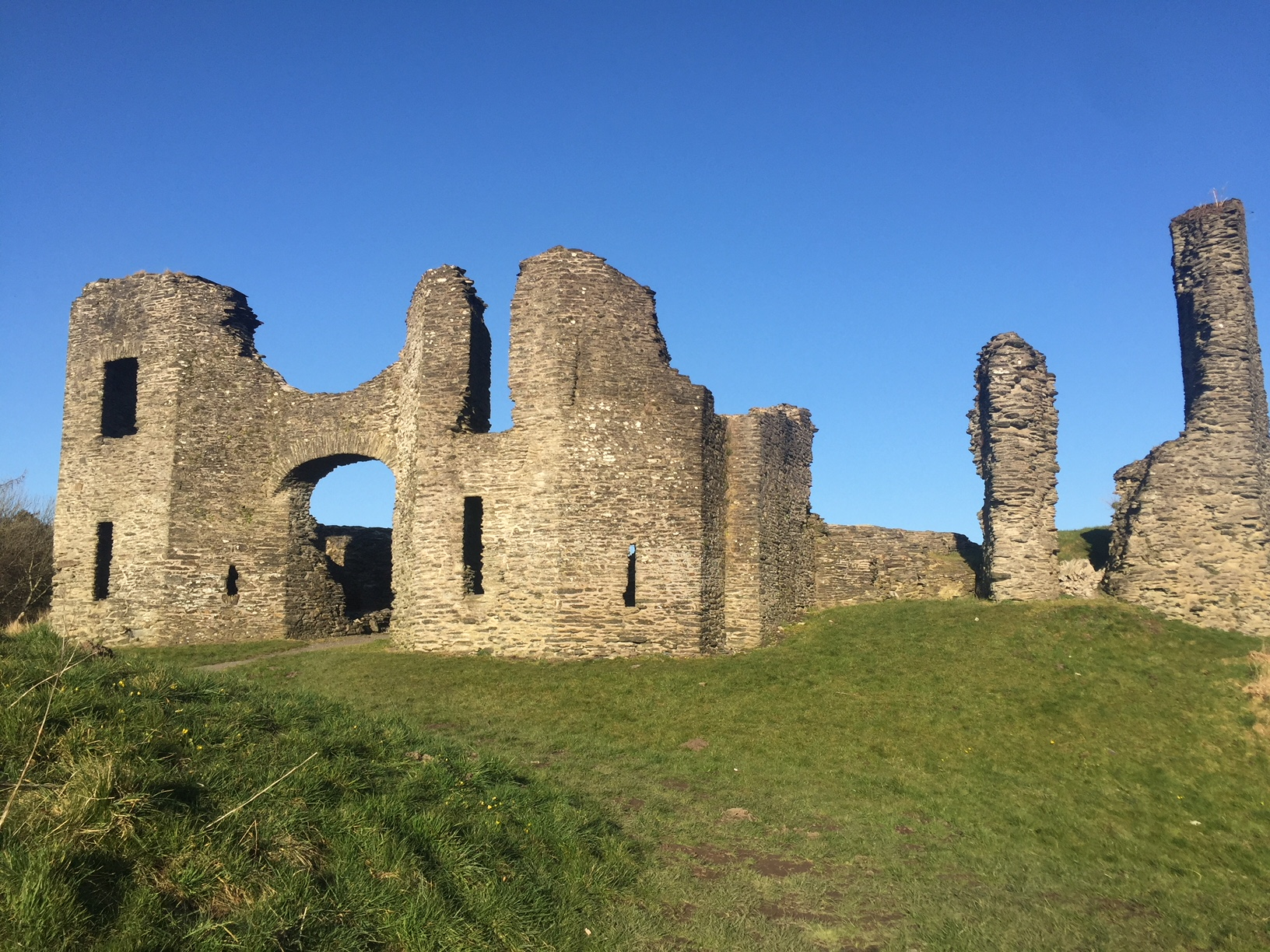 The castle was originally Mareudydd's fort probably to defend his new acquisitions.

The castle was captured by the English Crown in 1287-88 and within a few years an English borough town was establishedhere, in the heartof Welsh Wales.

In 1403, Newcastle Emlyn was attacked by the fources of Owain Glyndŵr, at the height of his war of independence. It is said that Glyndŵr and his army crossed the Teifi down stream near Cenarth and then followed the valley to lay siege to the Norman castle here.

The castle's period of freatest development was from 1300 to 1350 under the King Edward and the Black Prince when it achieved its fullestexpression,supporting a thriving community with hall, chapel and many domesticb uildings and with a little towre to view and see the cuntre' whichin those far off days was 'wel wooded with certain red dere therin' (survey of 1532).

From the early 16th centruy, the lordship reverted back to the Crown and was under the control of agents appointed by the King.They were known as 'fermours' holding land by lease. The castle by this time was more residence than a fortified building and the 'fermours' farmed the lordship.

The castle under the Earl of Carberry was beseiged by Cromwells forces in 1644.

Looking towards the castle from the current car parkyou see the stone remains of the original gatehouse and south tower, built probablyin the early 14th century and forming the west flank of the wedge-shaped inner ward. As you approach the gatehouse you will pass the ravelin, a defended gun emplacement in the form of a steep earthwork built in the mid 17th century.

The twin towers of the gate house would have originally contained important facilities for the castle in its hayday including porter's lodge and beneath it a prison or dungeon. The inner ward contained notably a hall and a chapel.

Newcastle Emlyn has an old legend of a 'gwiber' or dragon terrorising the town and castle. The beast was eventually killed and fell into a deep pool in the River known as Pwll Dafi William. Some say that this legend is an echoof Glyndŵr's attack on the town for his personal creast was a golden dragon.

More information about Newcastle Emlyn castle can be found at castlesforbattles.co.uk

According to local legend, Newcastle Emlyn saw the last appearance of a dragon in Wales. According to the tale, a winged creature known as a wyvern flew over the town during a fair. It landed in the castle wall and promply fell asleep. What should townsfolk do? A clever soldier lay a shawl on the river and hid nearby. When the dragon awoke it was attracted by the shawl and flew down to the river to snatch it. The soldier leapt out and speared the dragon, and the dragon's blood poisoned the river killing all the fish.

DIARY OF THE CASTLE